Rhodococcus rhodochrous strain DAP 96253 is a strain of bacteria with unique metabolic activity. It was originally discovered by Dr. George Pierce and developed at Georgia State University for its ability to delay the ripening of climacteric fruit, after the bacteria underwent an induction process of being grown under specific conditions (as per the methods of Pierce et al., 2011). Interestingly, the delayed-ripening effects were being elicited without the fruit ever being in direct contact with the bacteria- they merely needed to share the same air-space. It was also observed that there was a lower fungal burden on exposed fruit. After a range of susceptibility tests, it was found to posses antifungal activity. We are currently investigating mechanisms behind the mode of action as well as application methods. 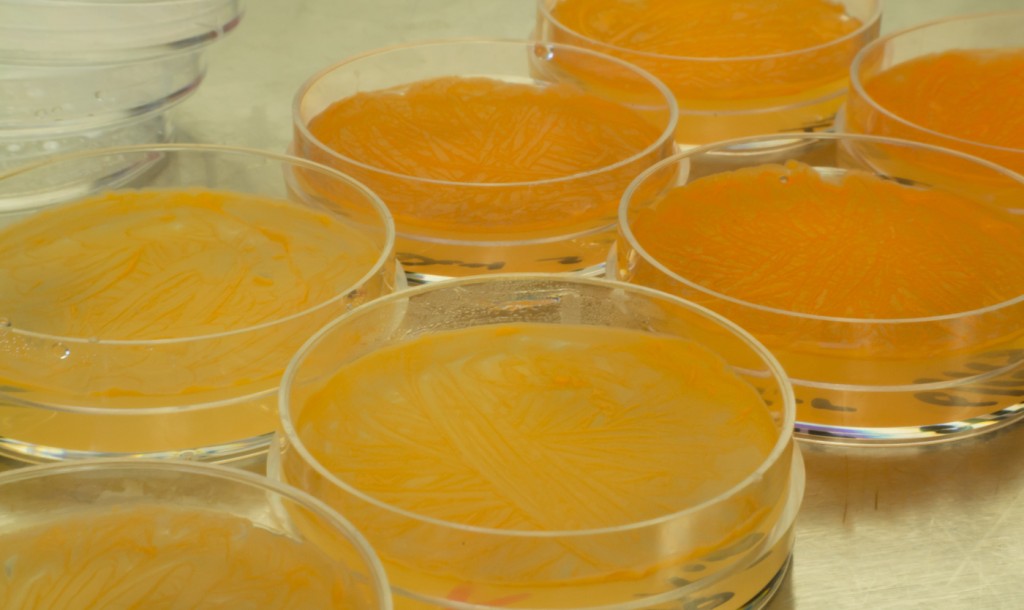 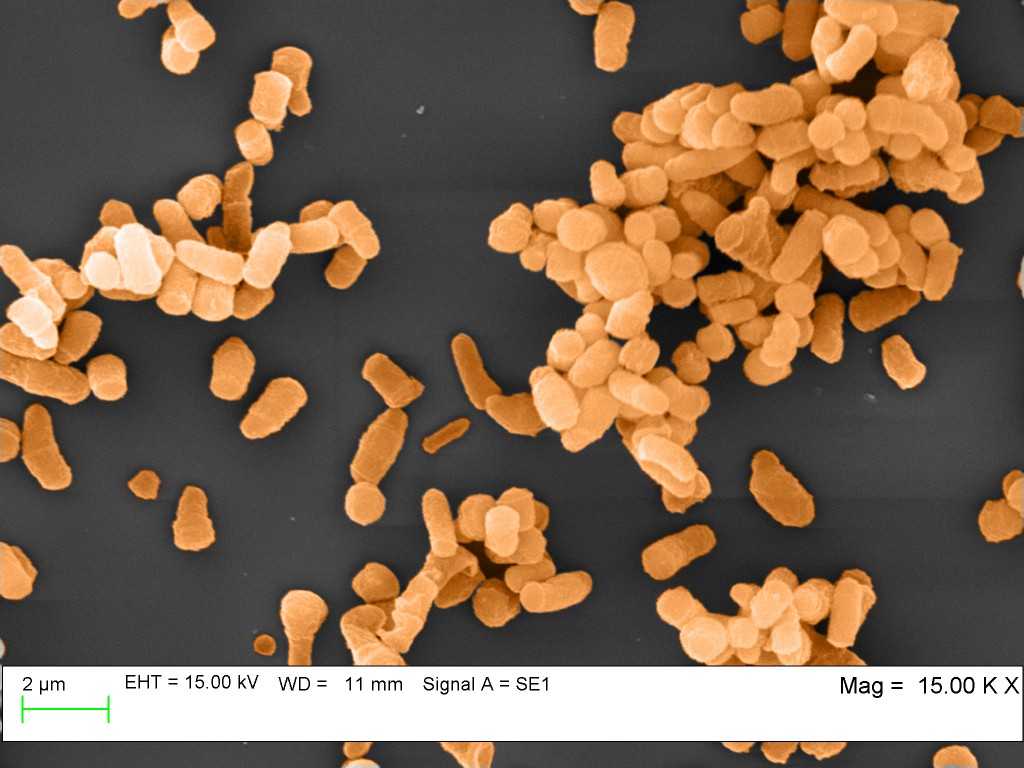 A pseudo-colored scanning electron micrograph of R. rhodochrous fermentations cells. The color seen in the image is the same as the actual pigment produced by R. rhodochrous. (© John Neville, Georgia State University)

Special Bacteria Helps Heal Sick Bats was produced in 2015 by National Geographic. It documents the first successful treatment of white-nose syndrome, by our research group and collaborators, and the release of those treated bats back into the wild.